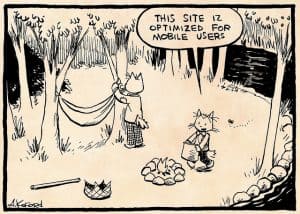 The world of mobile marketing has been in development for several years now and businesses of all stripes have “gone mobile”. And that includes nonprofits, membership associations and organizations.

Ever since the American Red Cross and Humane Society adopted a texting campaign to raise awareness and collect donations for the Haiti Earthquake in 2010, other nonprofits have followed suit and to great success.

While in 2010, 27% of Americans had a smartphone, in 2015, that number shot up to 64%, making it that much easier to reach out to donors and members through texting.

As millennials mature and turn their interests to social causes, foundations will have to find a way to connect to a generation that doesn’t know how to write a check. And, with 1.5 million nonprofits in the United States alone, the competition for attention is high. The organizations that invest in mobile marketing are the ones who will see the most success.

Convinced yet? Okay, so you’re ready to launch a mobile marketing campaign for your nonprofit. But where do you begin?

Let’s start with an awesome list of tools to bring your nonprofit into the future:

Consider joining Google for Nonprofits, which offers free Google tools to nonprofit organizations. Some of its best mobile features are:

Google Earth Outreach is a mapping tool that allows supporters to see your work. This allows you to:

One Today: An Android app that helps nonprofits launch $1 text-to-give campaigns to raise money for their projects.

Google Generosity: A mobile app that allows your nonprofit to raise awareness and ask for donations across several different projects. It also links to your organization’s Facebook, Twitter, Google+ and other social media sites.

Buzztouch: An open source app storage cloud that works with iPhone, iPad and Android. A very economical choice with zero cost to host up one app and $15/month for 50 apps or more if needed.

Appery.io: A cloud-based app builder that works with iOS, Android and Windows smartphones. It features drag & drop and allows you to customize your apps. This is perfect for do-it-yourselfers with plain instructions and interactive tutorials that make it easy for anyone to use. It offers 2 weeks trial for seven apps, then $30/month for one app or two apps if paid annually, $57/month for 7 and $135/month for 15 if you choose annual payments.

EachScape: A drag & drop platform which allows you to create and manage your app for iOS, Android and HTML5. The app creator of choice for Girl Scouts of America, and perfect for larger nonprofits and organizations. Their Enterprise option starts from $2,500/month.

Mippin: This tool allows you to create a mobile site from a site that uses RSS feeds. With a reach of up to 2,000 mobile phones, it’s ideal for smaller organizations.

Wirenode: An easy-to-use mobile website builder whose features include seamless photo uploads to your site, visitor and page view tracking, QR codes and widget add-ons. Caters to organizations of all sizes with several packages ranging from free to $260/month.

ClubTexting: A texting app that has special features for social groups and nonprofits.

TextMagic: A bulk SMS service for businesses, whose features have been used to benefit charitable organizations and foundations as described in the case studies on their website.

Kinvey mBaaS Savings Calculator will provide you with an estimate of how much your app should cost based on the information you provide. A handy tool to help you shop around for apps.

Givolio: Mobile app whose simple interface makes it easy for donors to give to their nonprofit of choice. Special features include an exportable giving history and tax reports.

Givelify: A streamlined app that allows supporters to donate with a few taps. Its features include tracking and management for nonprofits, and Givelithons which offer real-time views of donation progress to campaign hosts and donors.

Apple Pay: A brand new payment app for iPhone and iPad users. Its main selling points are its one-touch payment and safety features that ensure the security of your identity and bank information. A serious boon to fundraising campaigns. Crowdster for Nonprofits is already signed up.

Facebook Fundraisers/Donate Buttons: The social network giant has arrived in 2016 with apps and tools for fundraising. Though the app hasn’t launched yet, special features include uploading photos and videos to engage donors in your story, adding a Donate Button to your page, donations received with just a few taps and without having to leave Facebook.

No matter how big or small your nonprofit, these mobile marketing tools will help your organization “go mobile”. Good luck!